Play Virtual 8 Ball Billiards - It's A Chance To Be A Winner! 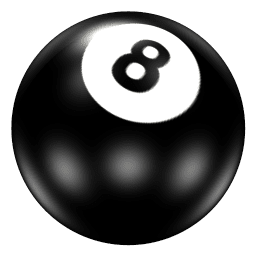 When looking at playing a Billiards game, there are some people who have never really been good at Pool. They can see the angles where they need to hit the ball, but they never quite manage to execute properly. This can be frustrating, especially if they are competitive by nature. Playing 8 Ball on an iOS, can make them feel a little better about their lack of real Billiard skills, and allows them to take their ability to see angles on to a virtual Pool table.

8 Ball Pool is an all-online game where rather than play against computer generated characters, players are matched up against other live players within a particular online network. A good internet connection is required so as to effectively play, and one needs to be aware If where they're playing has a low Wi-Fi speed, as it will likely have an impact on how their games play out.

As denoted by its name, the game is all about playing rounds of basic 8 Ball. The rules are easy and simple to follow for those who may not be familiar with this classic Billiards game. After some quick instruction, the game leaves players free to play online with randomly generated players, or with friends they already have on Facebook. Poker chips act as the games universal currency, and the player decides how many chips they wish to risk at the start of each round.

The winners from each match take the pot and by increasing their winnings, have the chance to go on to play in higher stakes competitions. One of the beneficial attributes of this online game is its use of trajectory lines, in allowing players to line up their shots. Simple one-touch controls get to be used to move the player's cue stick around in lining up each shot, and lines appear and show where the player's cue ball will go and even be expected to ricochet, off of the intended target. Don't be put off by previous 'live' shortcomings. Now's the chance to become an 8 Ball virtual success, how cool is that!