Learn To Play 1 Pocket Billiards - It's A Great Way To Get Good! 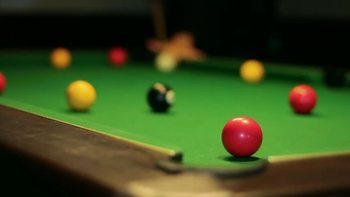 If a player is looking to improve their Billiards game, a great way to sharpen their skills is to start playing 1 Pocket. This challenging little known alternative is played using the usual cue ball, along with fifteen object balls numbered from one through to fifteen, with open play utilizing just the bottom two pockets at the table's foot for scoring points. These pockets are called the "target pockets".

In 1 Pocket, players score by pocketing their object balls into their pre-designated pocket. The game's winner is the first player or team to score eight balls and the game is described as the "Chess game of Pool" as well as a game of strategy. It is very much a tactical game and requires a large amount of safety play, with the accompaniment of a pre-planned strategy.

There is no element of luck in winning this game! It requires a higher level of skill than the other games and control and planning are essential, if one is actually good enough to come out on top. Each team or player can only score by pocketing the ball into their particular target pocket at the bottom of the table. The remaining four pockets are considered neutral pockets and any balls that are potted in a neutral pocket, get to be spotted when the shooter's inning ends.

There's no special order the balls have to be played in, nor any significance of any of the numbered object balls. Most of the racks that end up being won are usually as a result of determined fundamental safety play. This is undoubtedly a key element to a good playing strategy. One will observe two player patiently goading the other with ordinary none the less effective responses where the cue ball is frozen to another ball or cushion, to limit the opponents options and force them into mistakes. Sharpen Billiard skills with 1 Pocket, it's a great way to learn the craft!